On January 1st, I was in Paris. The only problem was that almost all the regular tourist attractions were closed. Fortunately, a few searches on Google along the lines of Paris open new year suggested the Musée des Arts Forains. Despite visiting their website and viewing their numerous photos, I still could not figure out the place. With nothing to lose, our group headed to the Paris Metro for a day of exploration.

Traveling in a foreign country is a challenge. For those unwilling to pay exorbitant data roaming fees, overseas travel is like a time warp back to the 1980s. I don’t mind traveling on intuition and paper maps, but not everyone is comfortable with those arrangements.

The Musée des Arts Forains website linked to Les Pavillons de Bercy website, with English directions. But, the bane of all travelers is uncertainty. Why show both the metro stop for Bercy and Cour St Emilion? I really want to memorize just one stop. Cour St Emilion is the closest station.

From the station, we had no problem finding the Musée des Arts Forains. We still had to walk 5-10 minutes to reach the entrance, but plenty of signs showed us the way.

Once inside, we had to pay for admission. We then received a ticket each, which was good for one ride. Additional ride tickets are available for purchase.

One ride we tried was the foot-powered carousel, which consisted of bikes attached together on a circular track. As everyone pedals together, we circled around faster and faster. 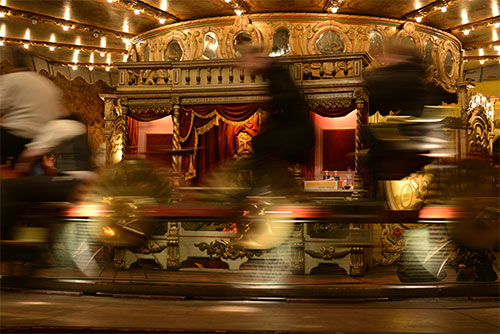 Most rides were in the nature of merry-go-rounds. This attraction looks like a giant swing. I couldn’t tell if it was there just for viewing purposes or the ride was not open at the time. 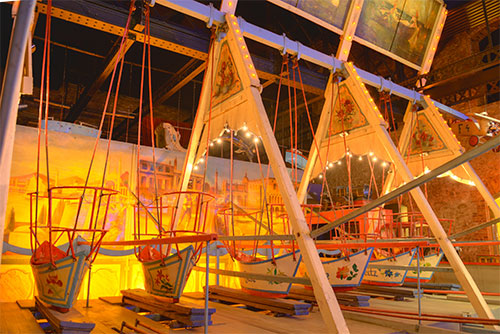 Besides rides, we were entertained by magicians, musicians, and other performers throughout the day. 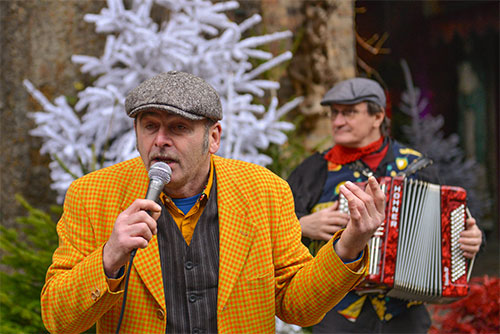 Outside, the decorations were very much in the holiday spirit, with reindeers and Christmas trees. For food, we purchased tickets at the ticket booth, which we then redeemed at the food booths. I only remember cotton candy, hot dogs (merguez) and drinks, as well as vin chaud (for adults looking to warm up). 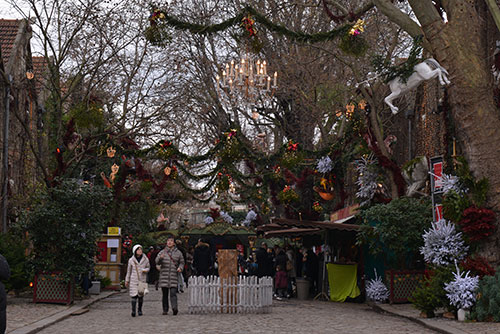