Last Sunday, I attended the Great Dickens Christmas Fair & Victorian Holiday Party at the Cow Palace in Daly City. Having never been to the Cow Palace or a Dickens Fair, I was not sure what exactly to expect.

The Dickens Fair was a magical experience. At the entrance, we were transported to Fezziwig’s Warehouse for a holiday party complete with talented musicians and dancers. Actually, it was hard to tell who was a performer and who was a guest because many guests had dressed up for the occasion. Not sure where everyone is stashing their Georgian costumes. 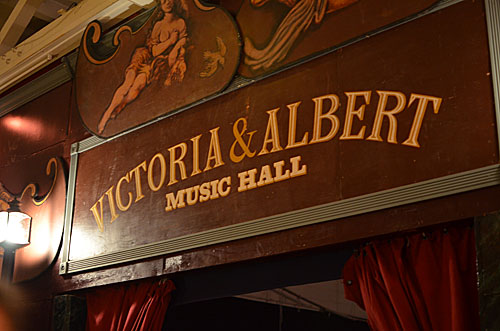 While the Dickens Fair is at the Cow Palace, it was really located at a series of low-slung buildings next to the cavernous arena. Nevertheless, the Dickens Fair includes more than enough space to replicate an English town. Next to Fezziwig’s Warehouse is the Victoria & Albert Bijou Music Hall, which featured a fusion fairy tale performance: Aladdin & Cinderella Meet the Monkey King. As if those three are not enough, the big bad wolf also features prominently in the cast of characters. 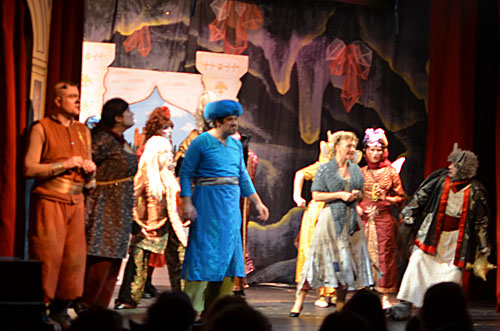 Actually, the fair contains numerous stages featuring ongoing performances throughout the day. I found this band while waiting for a juggling performance to begin. 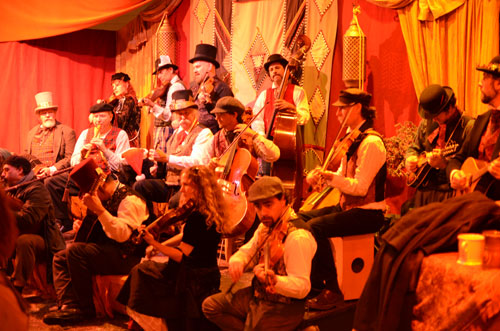 The highlight of the excursion was the Wild Safari merry go round. I had never seen a hand-powered merry go round before. That’s truly keeping in the spirit of the times.