Lately, iPhoto has been crashing quite a bit on me. Usually, it occurs after I had imported some photos and was browsing from photo to photo. The bad news is that the photos would disappear from iPhoto, which led me to this tip to Repair/Rebuild the Database. 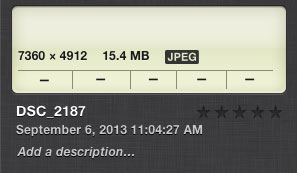 To restore the EXIF data, I had to locate the original photos:

I couldn’t drag-and-drop these back into the iPhoto. Instead, I had to duplicate them, then import (File > Import to Library) them back into iPhoto. Now, the photos with EXIF data have been restored. 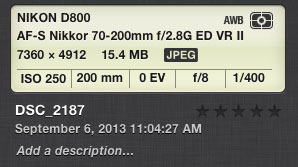 0 comments… add one
AT&T DSL to Sonic.net
Where the Mountain Meets the Moon