Winter is supposed to be slow season. At the Courtyard Page at Lake Powell, that certainly seemed to be the case. We didn’t see too many other travelers and the hotel parking was pretty empty for the most part.

To get to Antelope Canyon, we signed up for a tour with Antelope Canyon Tours. Their office is located along the main street in Downtown Page, and it was packed with tourists. So much for being the slow season. From their parking lot in Page, we boarded one of many pickups that headed to Antelope Canyon within the Navajo Nation.

During the winter, the sunlight doesn’t directly strike the canyon floor. So, you will not be able to capture the beams of light photos that have made Antelope Canyon famous. Still, I considered the visit to Antelope Canyon to be one of the highlights of the trip because the spectrum of colors visible on the canyon walls from the reflected sunlight was absolutely breathtaking.

Here’s the best photo from the excursion: 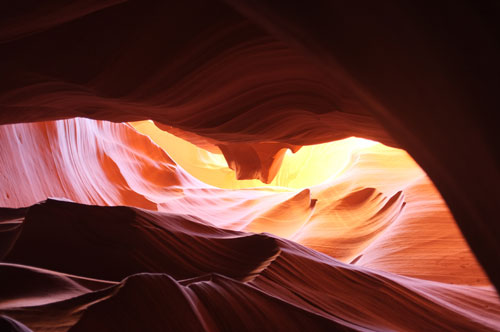 Shot handheld from a Fuji Finepix x100, this photo captured the full range of colors visible from the floor of the slot canyon. The remaining photos were from a Nikon DSLR. 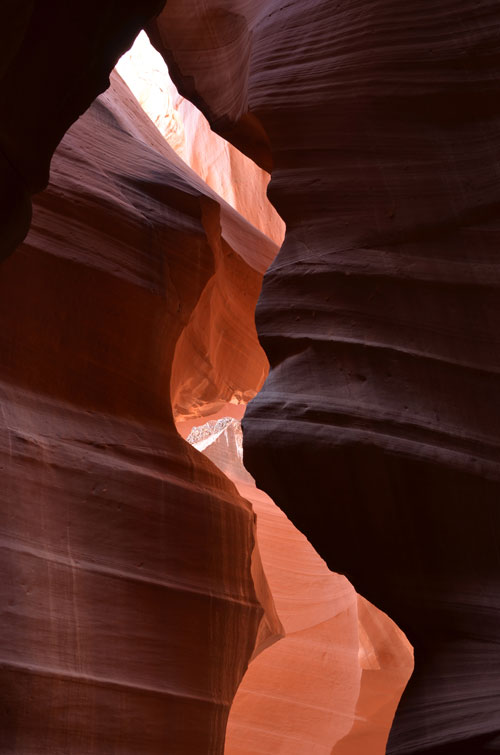 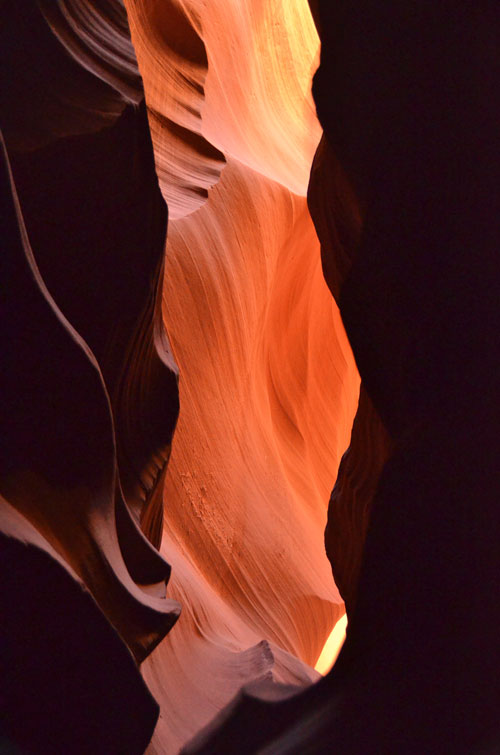 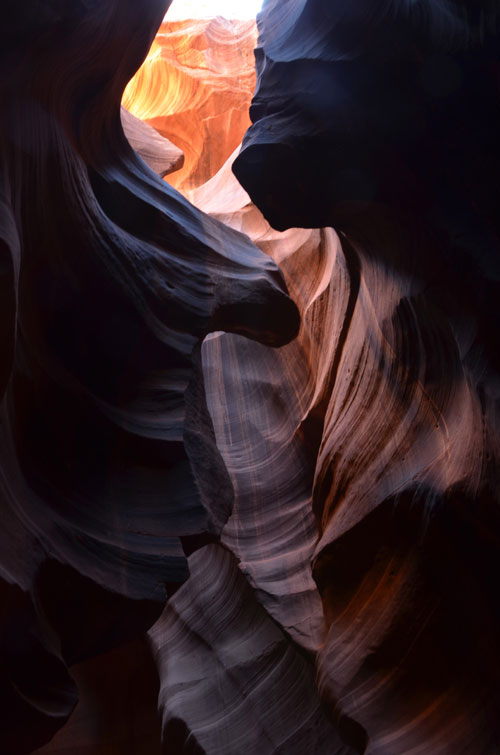 I departed from the Grand Canyon in the morning and headed to Page, Arizona. Since the turnoff for the Horseshoe Bend appeared before I entered Page, I stopped there first. I had no idea how large Page was, and did not want to back track unnecessarily.

The biggest problem I had was focusing the camera at a dark canyon wall. In some locations, the camera had difficultly auto-focusing because of the lack of contrast. The tripod was also cumbersome, but essential. With slow shutter speeds, even at ISO 800+, I don’t think I could have shot handheld without encountering problems with camera shake. Framing and focusing is so much slower with a camera mounted on a tripod. I really could have used some practice on refining my work flow. Our tour guide was fairly tolerant, but he definitely wanted to keep the tour group together. 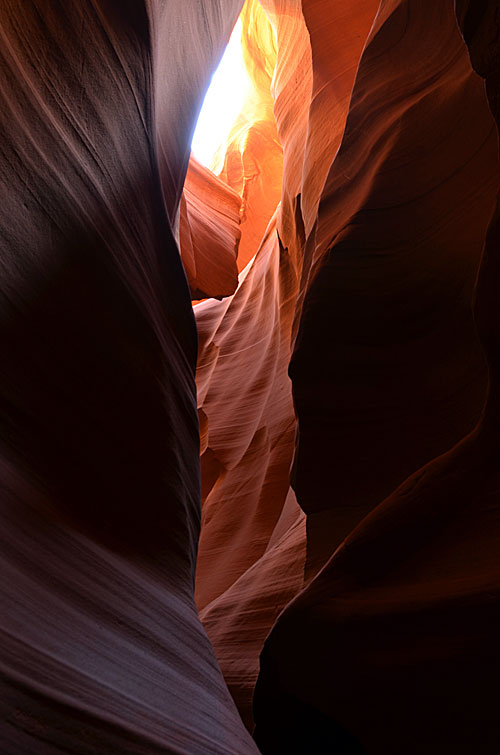 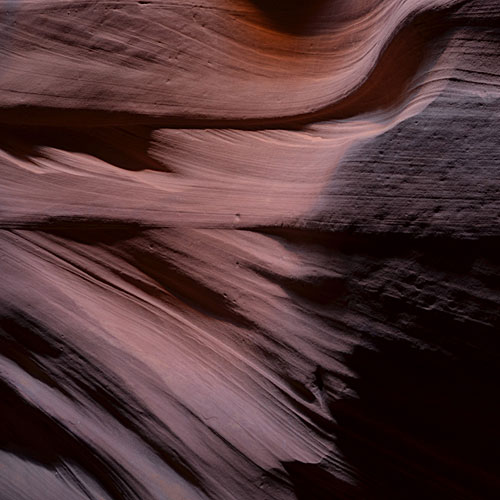