Reuters: China Calls Official’s Execution a Warning Siren. China on Wednesday hailed the swift execution of the nation’s former drug safety chief as a warning to corrupt officials while detailing a web of graft that thrived for years without punishment. 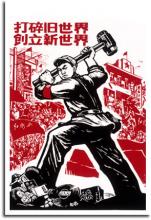 If China’s food and drug safety problem is truly limited to a handful of corrupt officials, then the execution of Zheng Xiaoyu should represent a good first step in a quick clean-up process. However, if the problem is cultural or institutional, then this execution was meaningless and will not solve the larger problem confronting China.

As China has demonstrated, they can try, convict and execute a government official in a matter of months with chilling efficiency. However, rooting out the culture of corruption that pervades all aspects of society will be a more difficult task and not a task that can be resolved in months. It demands checks-and-balances, eternal vigilence, and institutional commitment to audit, probe and investigate corruption at all levels—high and low. And, it cannot be done on the cheap.

China may or may not be aware that it now must play to two different audiences—the domestic and the international. In previous decades, China could afford to act alone domestically without regard to international pressure or perception. However, that is no longer the case now. If you sell to the American consumer, you must act in a manner that doesn’t breach the trust and goodwill you have earned with the American public. Because when circumstances reach the tipping point, all that trust and goodwill can evaporate suddenly. And, China will have to work for years, if not decades, to rebuild that trust.

Earlier this week, I took a stroll down the street and counted cars. I tallied the American cars on one hand, and the foreign cars on another. The final score? 79 to 29. That’s 79 foreign cars to 29 domestic cars. In truth, I was expecting more of a 50-50 ratio instead of the lopsided margin. This told me why the Detroit auto makers are all struggling. If the American public has not forgiven Detroit for its past sins of pumping out poorly manufactured automobiles, what chance does China have?